Wingsland has brought many types of UAVs to the 17th China international model fair, such as Minivet, Vipro and K3 etc. In only a few months later, they will hold the Wingsland S6 Drone conference in Beijing on August 18th, which has become the main focus of consumer UAVs. According to the video that Wingsland revealed, the Winsland S6 is a hand-held UAV with foldable arms and propellers. It's an amazing new product. 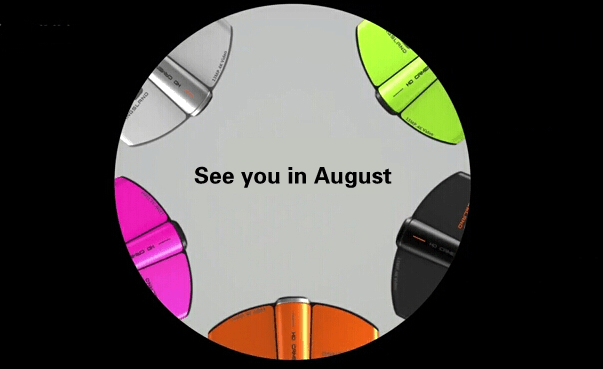 Not long ago, the stunning handheld UAV DOBBY has made many industry experts guessing that, there will be more and more manufacturers stepping into this market. However no one has expected that Wingsland turn out to be the first. According to the report, the Wingsland S6 Drone relies on its electronic image stabilization. In addition to these common hand-held UAV characteristics, Wingsland S6 may have a more powerful ability to scale. The most discussing feature is S6's obstacle avoidance. It can perform comprehensive obstacle avoidance actions. In the model fair, all Wingsland UAVs are in bright orange. However Wingsland S6s are in four colors, they are blank, green, silver and pink. What other abilities Wingsland S6 has? Let's find out in the Wingsland S6 conference. According to the report, Wingsland S6 has two main features: At first, the size of Wingland S6 is small and it's easy to carry. This design is full of sense of science and technology. From the video we can see that Wingsland S6's rotor is foldable. The size is only as big as your hand. The S6 design is unique. With conspicuous camera parts in the body, the overall shape looks like a starship. At second, the Wingsland S6 has an extendable platform that can install auxiliary cameras, laser emitting components and so on. Different extension components can perform different interaction modes between the human and machine, which makes the Wingsland S6 is more like an aerial robot. 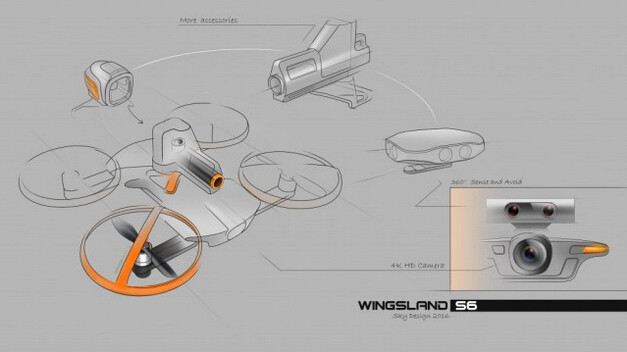 In terms of the batteries detail of Wingsland S6 Drone, which is also the industrial concerned. Many manufactures guess that they might use the Gensace & Tattu lipo batteries. However before Wingsland S6's official announcement, everything is still in speculation. Is Wingsland S6 really as what we expected? Let's wait and see.
×