After have your own drone, As beginners, the next one is learning how to fly a drone? This article will tell it as simply as possible. Before this, I found a question is that there are so many related articles on the internet, but some are too cumbersome or some are too shorter then do not know how to do after reading them. For avoiding this question I had spent times to searching over google and coordinate a lots of related articles to this article, which only 3 steps tell you how to fly a drone for beginners.

Step 1 - Learning the basics theory of flying a drone 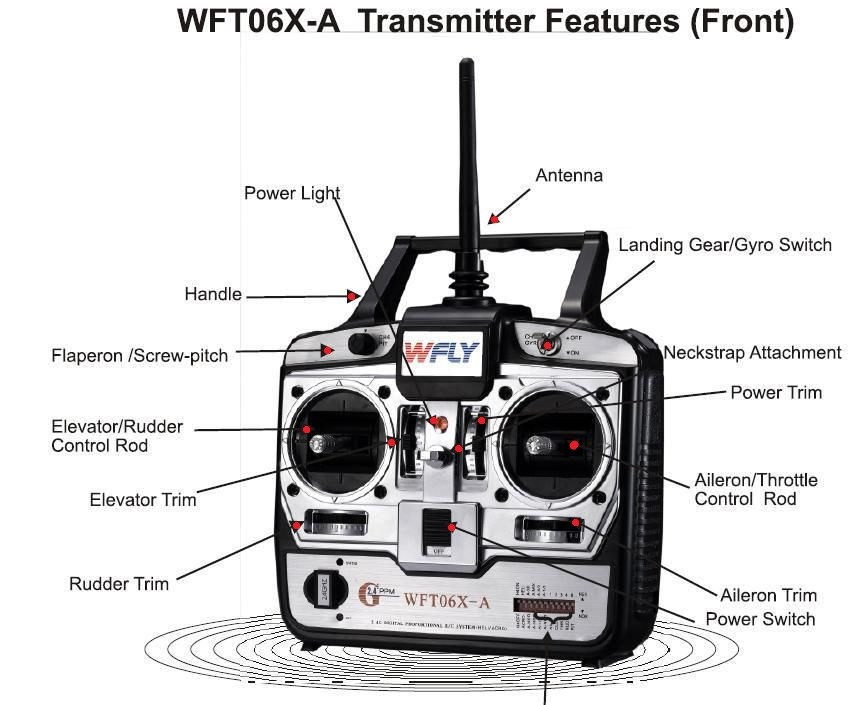 Each control has its own trim button, as you can see from the image below. 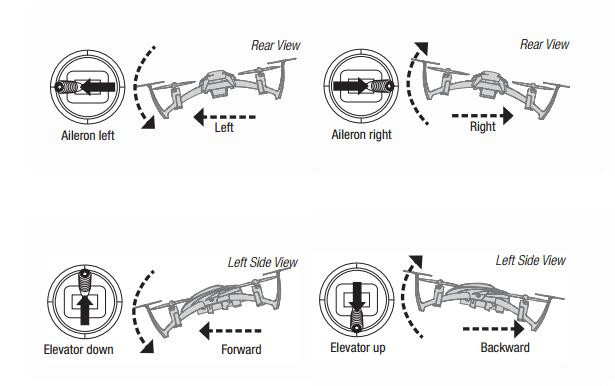 Bank turn - A consistent circular turn in either the clockwise or counterclockwise direction. Hovering - Staying in the same position while airborne. Done by controlling the throttle. Figure 8 - Flying in a "figure 8" pattern.

There are usually 3 main stabilization modes for a quadcopter. 1. GPS hold, also known as Loiter. Returns the quadcopter's position once the sticks have been centered. The same as attitude mode (auto-level) but using a GPS. 2. Attitude, also know as self-level or Auto-level. Once the sticks are centered, the copter will level itself out. 3. Rate manual, also know as hard or Acro. Similar to flying a helicopter. Once you tilt the quadcopter (roll) it will not auto-level itself back to its original position. Even if you let go of the stick and it returns to the middle, the quadcopter will stay tilted. In the video tutorials I'll be teaching you to fly in manual mode, it's the hardest to learn but the most fun.

Step 2 - Learning how to fly a drone by watching videos

#1 Learning how to hover a quadcopter

First is learn to hover a quadcopter but Hovering is hard, especially nose-in-hovering, So don't worry if it takes you 3 days, or even 3 months to learn. The point of flying is to have fun. When you fly, I recommend learning whatever you're not good at first for about half of the flight, then do whatever you want for the other half. That way you won't get too bored or frustrated. 1. Check Your Controls. Start off with about 10% throttle, then slowly move all your controls to make sure that everything is working properly before flight. Do not fly unless you know for sure that every control is working correctly. 2. Get To Know Your Quadcopter. Slowly increase the throttle until the quadcopter is hovering at about 2 inches off the ground, then slowly move the controls around to get a feel for how fast the quadcopter reacts to your inputs. If you have a quadcopter with long landing gear, it's better to fly at about one foot to avoid getting the landing gear caught on the ground. If you start to feel like you're loosing control, quickly throttle down, then pick the quadcopter up and put it back to where you took off from. 3. Fly Higher. After you've gotten a good feel for the controls, raise the quadcopter to about 3 feet. Once it's up there hovering, it should become slightly easier due to the lack of air turbulence coming from the ground. 4. Hop Around. Set up a few targets to try landing on, then fly to each target, land, and fly to the next one. This will really help with your hovering precision and landing ability. 5. Learn Orientation. Start with the quadcopter at the 10 o'clock position, then hover there until you're confident enough to move to the next position. After that, you can start doing positions 2, 9 and 3 (when I say "o'clock" I'm referring to the positions of the hands on a clock face). 6. Nose In Hovering. nose-in-hovering is a term used by RC helicopter pilots which basically just means that the nose of the helicopter (or in this case a quadcopter) is facing you. When practicing nose-in-hovering for the first time, you should manually pick the quadcopter up and turn it so it's facing you, then take off. Once you're off the ground, both your aileron and elevator controls will be backwards, so at first it won't be easy to keep the quadcopter in one spot. I like to think of nose-in-hovering like balancing a stick. Which ever way the stick/quadcopter falls, that's the way your hand/control-stick should be moving. Once you're able to do nose-in-hovering, you can finish learning orientation by practicing hovering in the 7 and 5 o'clock positions. 7. Nose In Hopping. Set up some targets and try to land on them exactly the same way as before, but this time with the nose of the quadcopter facing in. This step is extremely hard, so take your time.

#2 Learning how to fly a quadcopter in a circle

Second is learn how to fly quadcopter in a circle,before you learn bank turns you need to be pretty confident with hovering, nose-in-hovering and forward flight. Here are all the steps to doing bank turns. Start going forward at about 5 mph. This will get the momentum you need to start the turn. Apply a small amount of aileron to bank the quadcopter. Continuously pull up on elevator. Continuously apply yaw. If you don't use enough yaw, your quadcopter will start falling into the turn. If you use too much yaw, then your quadcopter will lift out of the turn. Use aileron to keep the quadcopter from raising or falling out of the turn. If you're still having trouble learning bank turn or you just don't understand how it works, you can always buy an RC flight simulator. If you already have a transmitter with a trainer port, check out this USB simulator kit.

After you learning the basics theory and how to fly a drone (hover,circle) , you have to put your skills which you learn to fly from a mini drone, let this be your starting point to fly a drone. Mini drone like a toy but is the best way to save your money, because as a beginner, crashing becomes common like potluck. Here a video from Youtube as below will tell you how to fly a mini drone for beginners. Thanks for the Jack's article, source: http://www.rcdronegood.com/3-steps-learning-fly-drone-beginners-pdf/
×